hide notesshow notes Home » Myth The Watcher Prev: Across the Gjol Next: River of Blood

Thursday June 25, Near The Watcher’s Camp

We retreated from the river into chaos. There was no time to write until the following day, when we finally left the swamp for drier ground in the north.

We held Soulblighter at the Gjol long enough to let Alric spring his trap on The Watcher. Turned out I was right about those arrows: Alric had been working on them since we entered the marsh two weeks ago, and they were tipped with fragments of bone from The Watcher’s arm.

I sure wouldn’t have wanted to get stuck with one, but apparently they turned The Watcher into stone, leaving him paralyzed and helpless.

But he didn’t die. Thirty berserks chosen to accompany the archers tore through the enemy and piled the bodies of the dead at The Watcher’s feet, but all were killed before they could deliver the final blow.

Rather than leave such a dangerous enemy behind us to be rescued, a hundred men have volunteered to return and smash him to fragments before help can arrive. 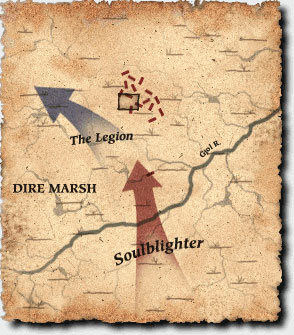 The Legion escapes after The Watcher is turned to stone; One hundred volunteers return to shatter him. 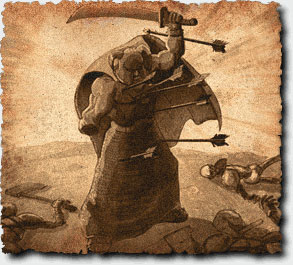 «... apparently they turned The Watcher into stone, leaving him paralyzed and helpless.»

Find The Watcher, who has been turned to stone, and shatter him before help can arrive. 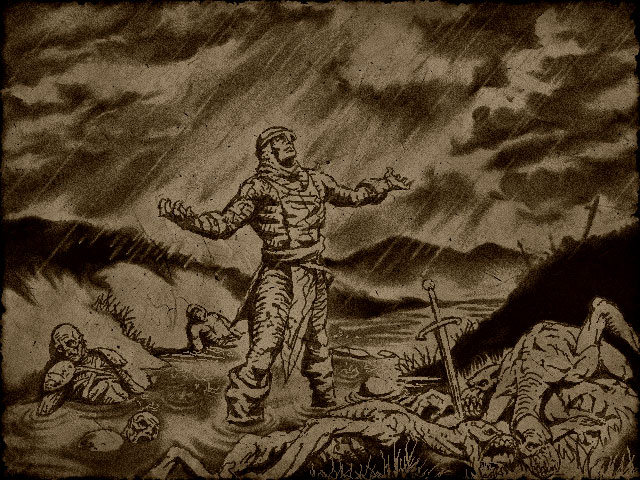 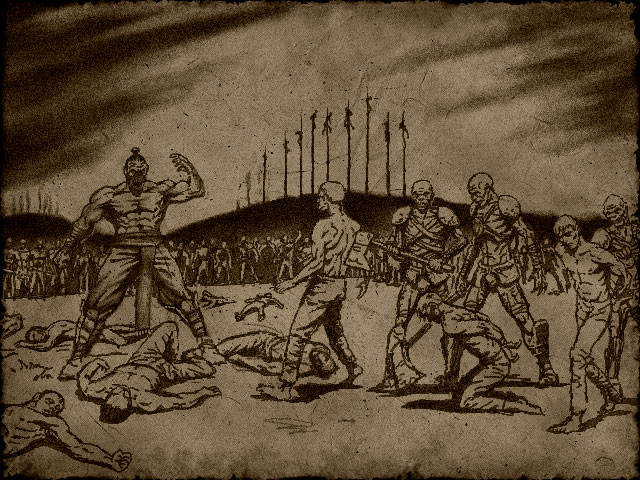