Friday November 7, The Plain of Scales

We were two days in that tunnel out of Covenant, The Watcher crossing above us every few hours, shaking the ground in his fury and twice nearly burying us alive. Sometime on the second day the tremors grew less distinct, and we were relieved to find nothing but rats and mosquitoes waiting for us when we reached Shoal.

Not wishing to return west we headed down the coast toward the old city of Scales, where we met Maeldun’s southern garrison and turned over the Codex.

We learned there that by coincidence the combined armies of the North are only four days behind us, heading for the mountains to stop The Deceiver, another of The Fallen Lords, from crossing the Cloudspine before winter.

But we can’t wait for them: There is a World Knot west of the Cloudspine and The Head insists that the enemy has learned to travel through the Knots. If we don’t destroy this portal we might hold the mountains only to be outflanked by forces emerging from the Knot behind us.

Eight dwarven irregulars and every man in Scales from the Legion have volunteered for the mission. 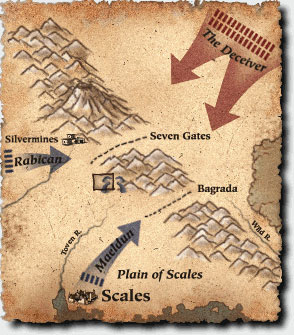 The Deceiver approaches the mountains; Rabican and Maeldun move to counter him. 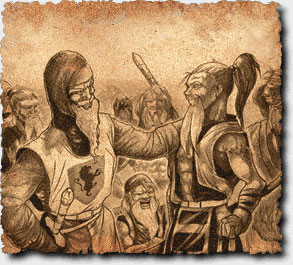 «... we met Maeldun’s southern garrison and turned over the Codex.» 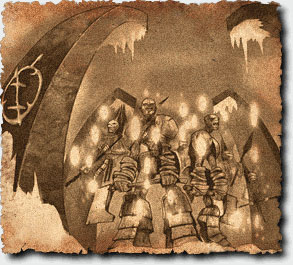 «The Head insists that the enemy has learned to travel through the Knots.»

Find the World Knot and destroy one of its four pylons with dwarven satchel charges (you’ll need six or seven). Hint: Dwarves can pick up satchel charges by clicking on them. 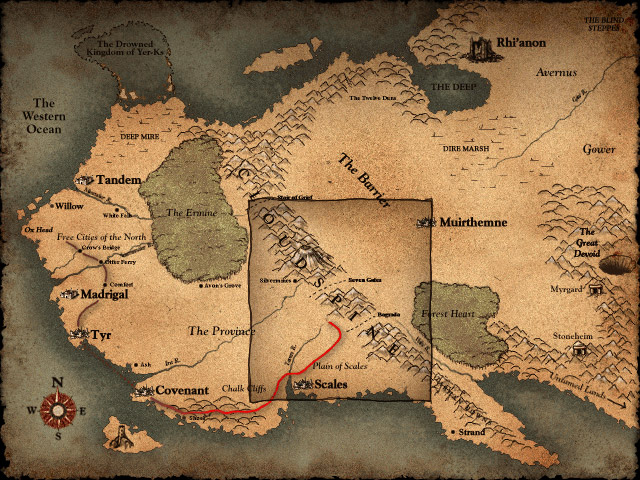 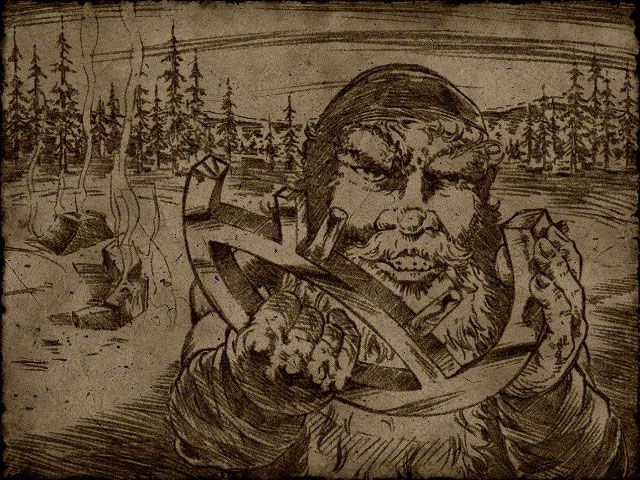 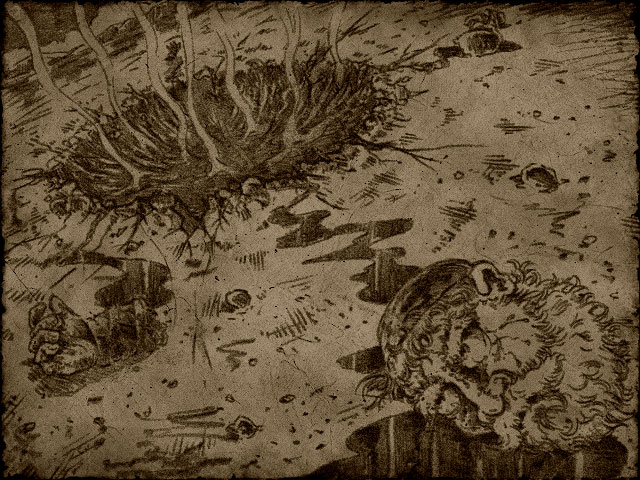