Having turned back the attack on Crow’s Bridge, we headed south to rejoin the Legion in another small town called Otter Ferry. On our way we met a force of our own men hurrying in the opposite direction, who gave us ill news.

The vanguard of our army, twenty thousand men, has been camped near Otter Ferry for two days now. The mayor of that village must have guessed our plan to cross the Scamander River behind the main enemy force, and to attack them by surprise.

Perhaps in the cowardly hope that he would be spared when the Dark sacked Madrigal, the mayor intends to betray us to the enemy. A quick death will be too good for him, but we will have time for nothing else.

One of the locals knows of the clearing where the mayor arranged his meeting with the Dark, and will lead us there. 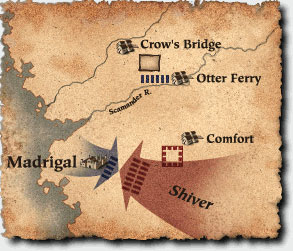 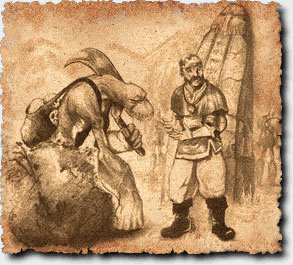 «... the mayor intends to betray us to the enemy.» 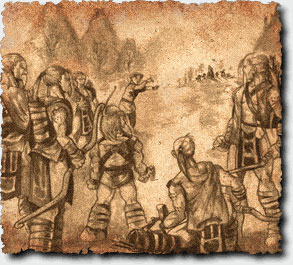 «One of the locals knows of the clearing where the mayor arranged his meeting with the Dark...»

Find the traitor and kill him! A villager will lead you most of the way, but be sure to keep an eye out for the traitor. Hint: The Journeyman can heal your other units. 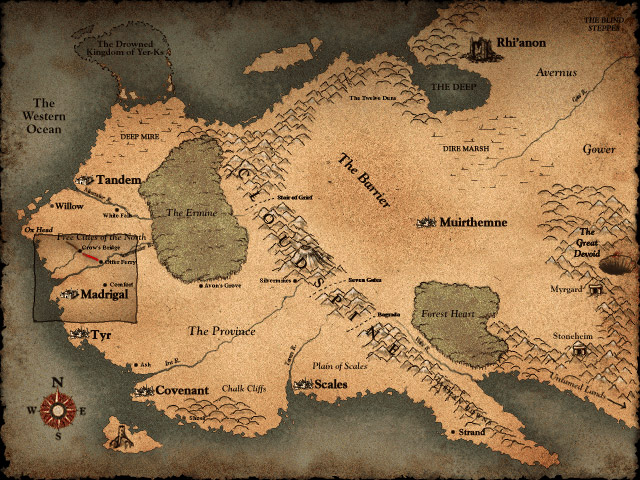 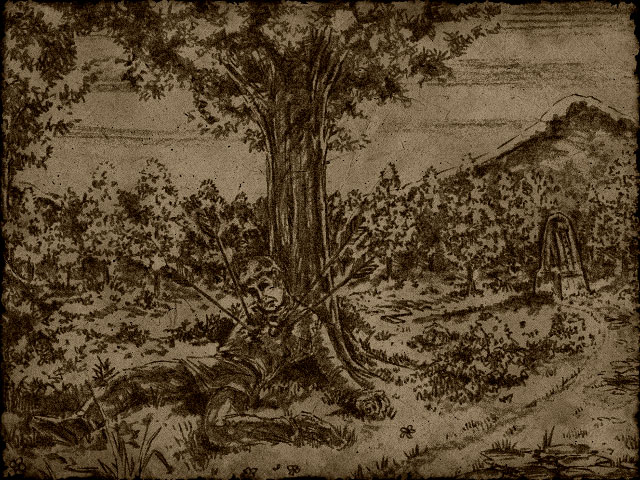 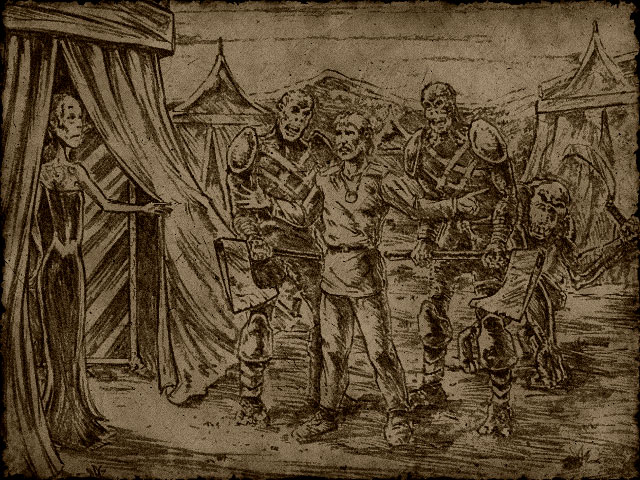