Alric’s plan is a mad one.

One of the many strange things we found while trapped inside the Tain was the shredded battle standard of that long dead race of evil creatures called the Myrkridia. I thought that we had left it behind, but someone must have climbed that horrible pile of skulls and brought it out with them when we escaped.

The Myrkridia were the most vicious servants of the Dark in another time, now long past, and Balor himself imprisoned them within the Tain. Or at least that’s what Alric says. I’d always heard that the Myrkridia were hunted to extinction by Connacht, the great hero of the Wind Age.

Alric says Connacht and Balor are two different names for the same person. I think four months in the desert addled his mind. How could the greatest hero of the Wind Age, the king of Muirthemne during its Golden Age, become the greatest evil of our time?

Alric intends to approach within a hundred yards of the fortress, and raise the Myrkridian standard. Because of Balor’s old enmity toward the Myrkridia, Alric is certain that this will so enrage Balor that he will come to deal with us himself.

All we have to do is plant the standard and wait.

The Legion throws itself at the fortress while Alric’s party searches for Balor. 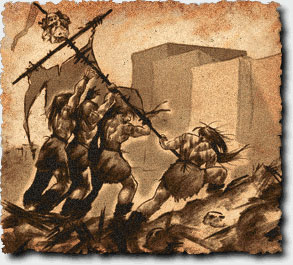 «Alric intends to approach within a hundred yards of the fortress, and raise the Myrkridian standard.»

Lead your reinforcements to Alric and the other survivors of the previous battle. Then follow Alric and wait for a chance to kill Balor. 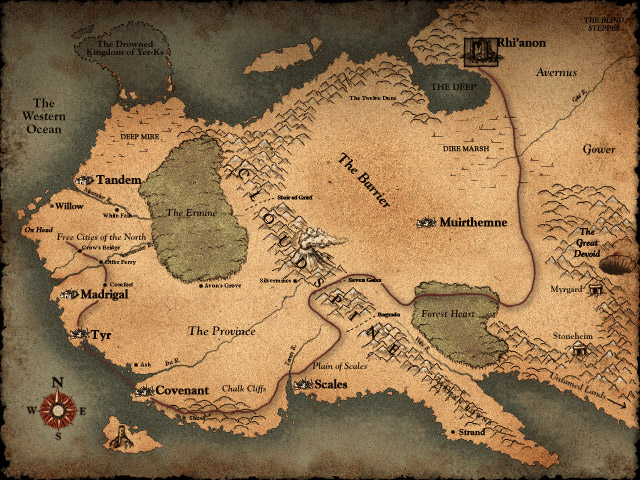 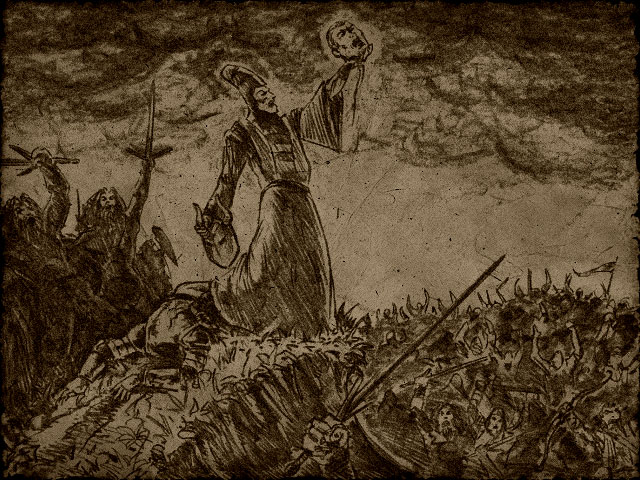 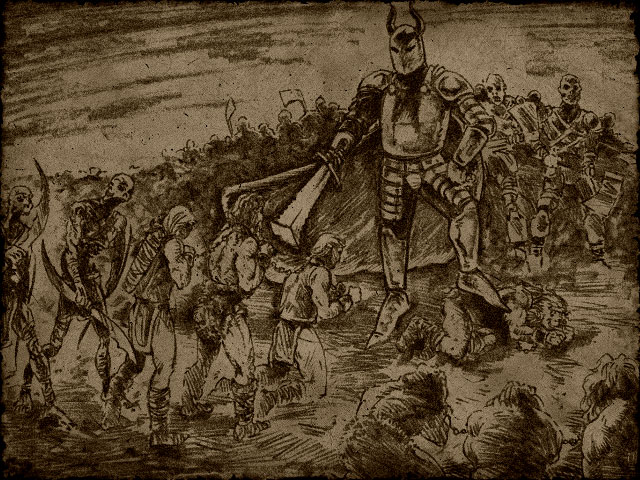