Yesterday our legion entered the village of Crow’s Bridge and halted there for the night. We are just four days march from the besieged city of Madrigal now, and with a little luck should arrive there in time to prevent its capture by the enemy.

Shiver, one of the Fallen Lords, has been attacking the city for two days, but so far has been held back by its defenders. We all know the battle for Madrigal will decide the fate of all the Northern lands, and that if it falls we will soon have nowhere to retreat but the ocean.

Fearing for their safety, the villagers here pleaded with us to remain when we broke camp this morning. None of them understand yet what is happening, but they have all seen the refugees from the south, and they are frightened.

Our officers seemed unsympathetic until the people returned with nine young pigs and ten dozen loaves of bread. Fifteen of us are to stay now, perhaps to fight boredom instead of the Fallen Lords, and watch the bridge here for two days. 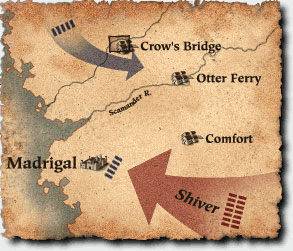 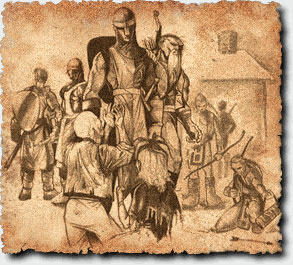 «... the villagers here pleaded with us to remain when we broke camp this morning.» 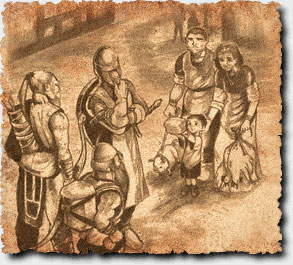 «Our officers seemed unsympathetic until the people returned with nine young pigs and ten dozen loaves of bread.»

Guard the bridge and town from enemy forces coming across the river. Don’t forget you have reinforcements in the town! Hint: Press and hold F8 for a complete list of keyboard commands. 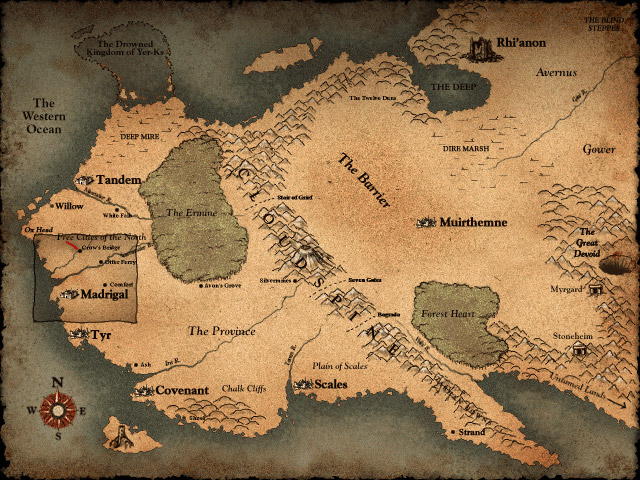 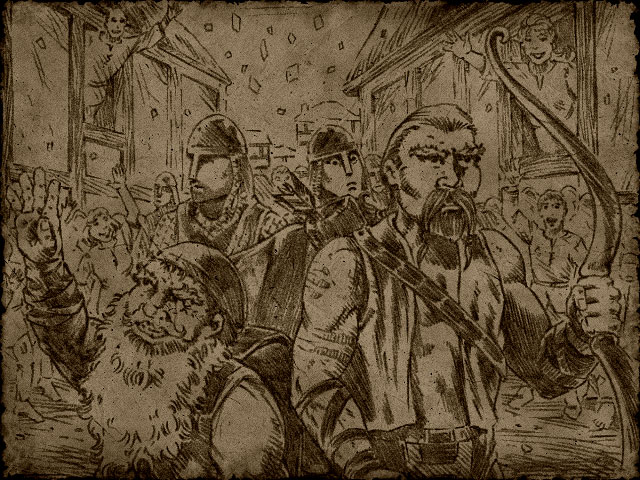 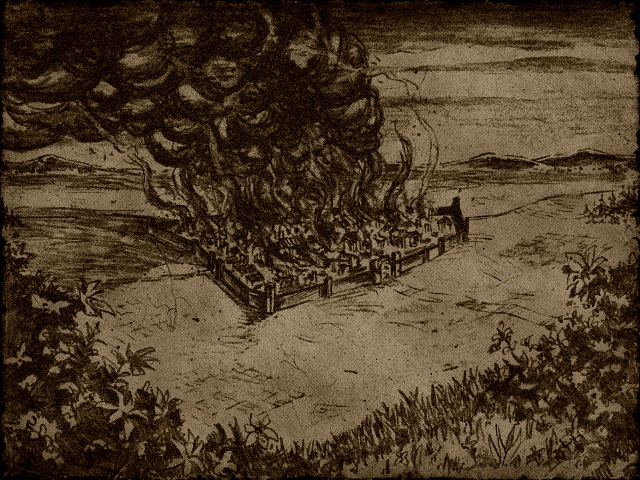