Monday June 15, The Edge of the Dire Marsh

The Legion has come two hundred and fifty miles in little more than two weeks. Not returning west, to safety, but headed north, toward the melted cities of the Trow and Balor’s fortress.

Back in Forest Heart, Alric convinced our officers that the west was lost. That our small force could contribute nothing to the hopeless battles that would soon be fought around Madrigal, Willow and Tandem. These cities would fall, he said, and all their people would die, whether we sacrificed ourselves or not.

Then he told us what we could do instead.

Alric was interrogated by Balor during his captivity, and he learned by chance that Balor had bound each of The Fallen to himself, to ensure their obedience to his will. The Fallen draw their power through these links, and were Balor to be killed they would all be powerless. The armies of the Dark would collapse.

So Balor must fall. But today we are only at the edge of the Dire Marsh, nearly five hundred miles from his fortress, with The Watcher waiting in ambush ahead and Soulblighter shadowing us from behind. We have a long road before us.

A few men and I are leaving the main column in a few moments to discover the fate of a scouting party which has not returned. None of us expect to find them alive, but we must recover an artifact carried by their leader, gr’Uman, Lieutenant of Archers. 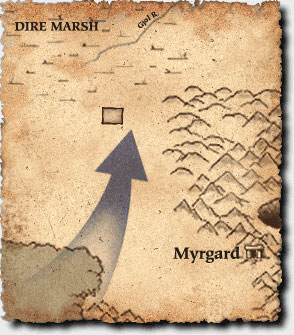 The Legion enters the Dire Marsh. The Watcher lies in ambush ahead; Soulblighter follows behind.

«These cities would fall, he said, and all their people would die...»

One of The Legion’s hero archers has been ambushed and killed somewhere in the north. Follow the trail of blood to his magic bow and return to where you started with it. 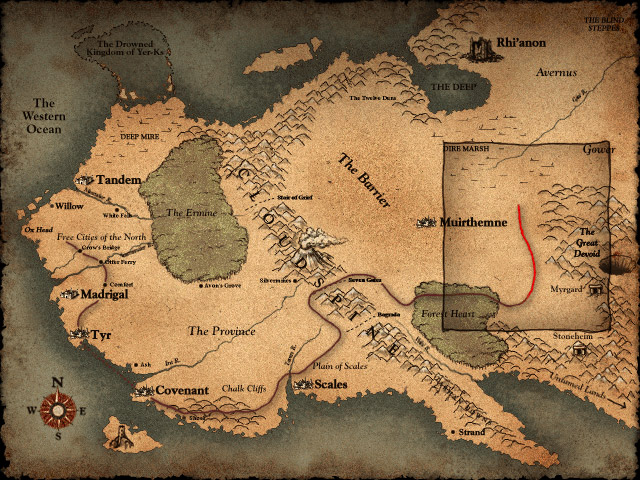 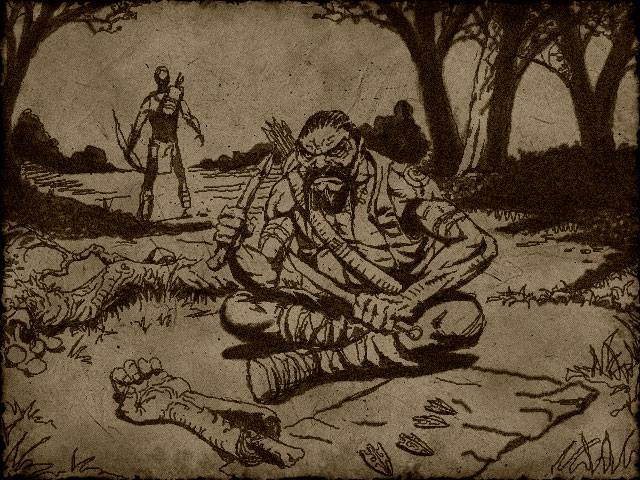 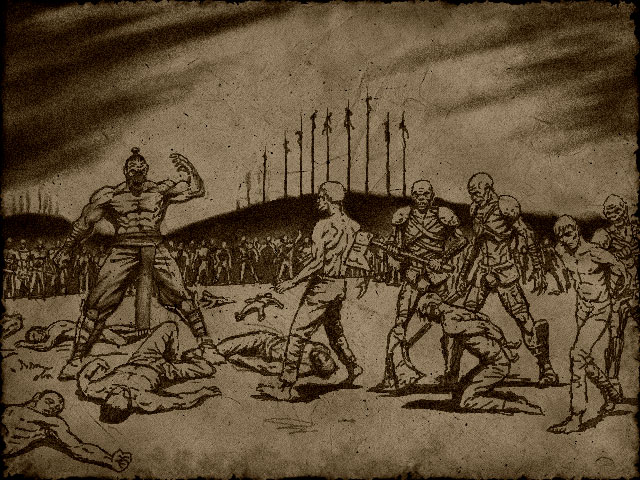