hide notesshow notes Home » Myth II The Deceiver Prev: Stair Of Grief Next: With Friends Like These

As soon as Twelve Motion Jeweled Skull pried The Deceiver’s scepter from the Dramus’ icy clutches, we fled the Stair of Grief and headed north in search of the man himself.

Still this accursed storm rages, killing as surely as a Thrall’s ax or a Myrkridia’s claws. Reiftyr’s death brings our losses from the storm to three.

Our scouts have brought back news of an odd group of men who have gathered nearby. From their description alone, Twelve Motion recognized them as Warlocks from the Scholomance, ancient allies of The Deceiver and collaborators of the Fallen Lords. If they are on the glacier, then so is The Deceiver.

The enemy is still close at our heels. We all wonder how they have been able to pursue us despite the horrendous weather and the best efforts of our scouts to conceal our tracks. Perhaps they were drawn to something other than us.

Does Soulblighter seek to enlist the aid of yet another of his former allies? It seems unlikely once you consider the intense hatred the rest of the Fallen Lords had for The Deceiver. Only Balor seemed capable of holding them together, and even he was not always successful. Many stories from the Great War tell of open discord between the Fallen Lords.

Now we will take advantage of it. We have devised a plan for the Berserks to lead our pursuers directly into the Warlocks’ clutches. We should be able to sneak in and revive The Deceiver during the ensuing chaos.

It has been nearly a month since we left King Alric and the rest of the Legion at White Falls. I can only imagine the terrible battle that must have been waged there in our absence. 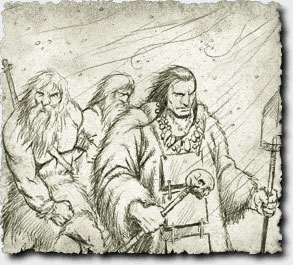 «... we fled the Stair of Grief and headed north in search of the man himself.» 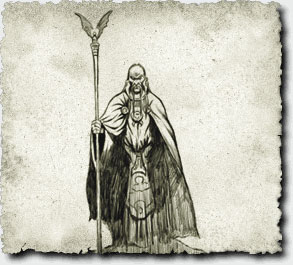 «Warlocks from the Scholomance, ancient allies of The Deceiver and collaborators of the Fallen Lords.» 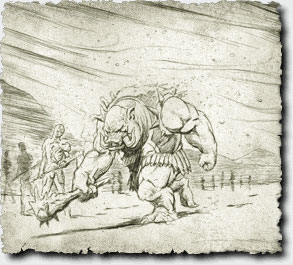 «The enemy is still close at our heels.»

Search the glacier for the Deceiver. Find him before Soulblighter’s forces kill him.
Use the Deceiver’s scepter and an incantation to revive him. 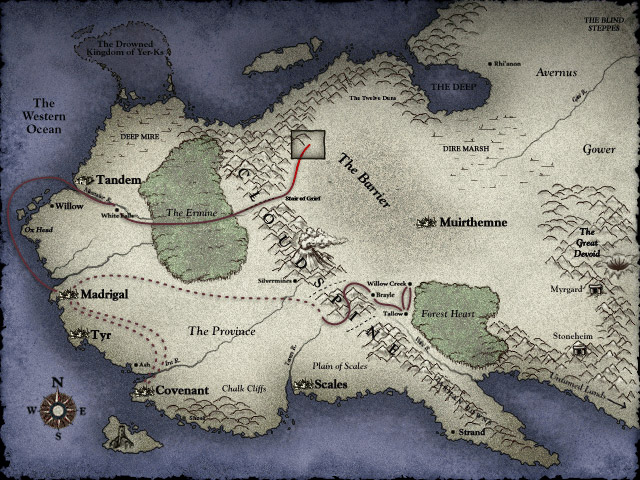 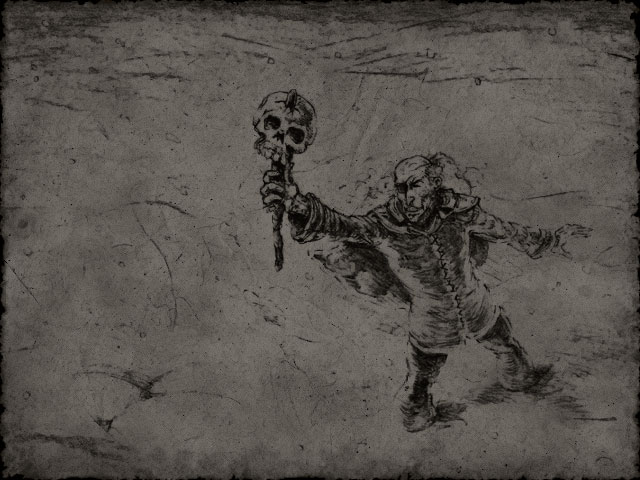 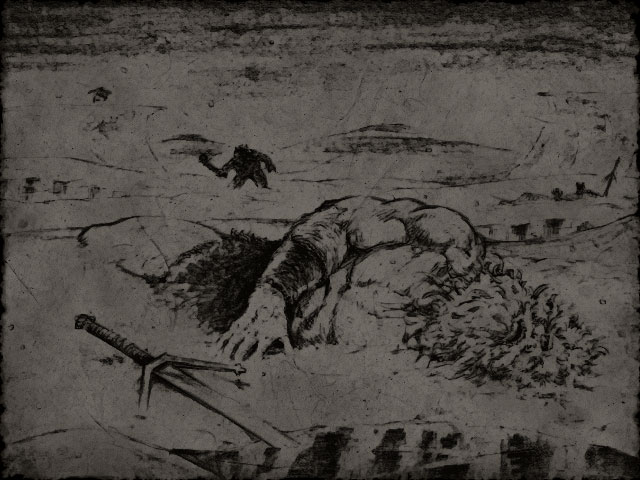